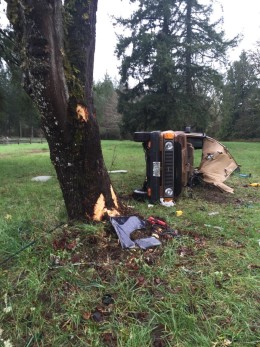 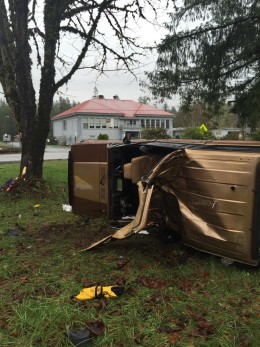 The investigation reveals Vargas was traveling south on Gates School Road towards Mill City. Vargas was negotiating a sharp left hand corner and drove straight through the corner, onto the shoulder. The front of the Isuzu Trooper dropped into the ditch causing the vehicle to spin as it slid on all four wheels. The vehicle continued through the ditch and struck a tree on the driver’s side. The car then rolled onto its side coming to rest on the driver’s side.

Neither Vargas or Bell were wearing seatbelts at the time of the crash and the vehicle did not have air bags. It is not believed that alcohol was a factor in the crash.

After being released from the hospital, Bell was arrested and taken to the Linn County Jail on an outstanding warrant for Possession of Methamphetamine.