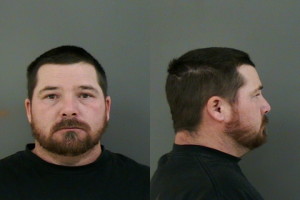 Rape. Deputies were called to investigate a reported rape of a 14-year-old female who was known to Hooper.

Hooper came to the Linn County Sheriff’s Office by his own accord to talk with deputies. Hooper was interviewed regarding the allegations that he had sexual intercourse with the then, 13-year-old female at a residential property located in Scio.

As a result of the investigation, Hooper was arrested and lodged in the Linn County Jail on Rape in the First Degree.