Several adults and children, including Allen Maurice Diggs 73- years- old of Sweet Home, were present at the time the search warrant was served.

The investigation started when a deputy had an encounter with Diggs in the Quartzville area of Linn County. During the encounter, Diggs was in possession of several firearms and at the time, his criminal history was not known.

Upon further investigation and a criminal history check, it was confirmed that Diggs is restricted from possessing firearms. A search warrant was granted to search and seize any weapons in the possession of Diggs.

As a result of this investigation, Diggs was arrested for six counts of Felon in Possession of a Firearm and lodged in the Linn County Jail. 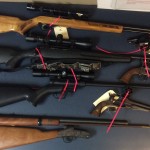 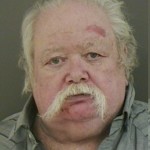