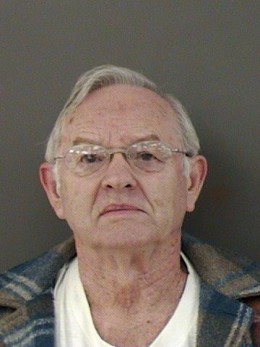 Conklin came to the Linn County Sheriff’s Office on his own will to talk with detectives about allegations he sexually abused a 28-year old developmentally delayed female.

During his interview with detectives, Conklin admitted to engaging in sexual acts with this female whom he has known since she was an infant. Conklin, the victim, and her family attend the same church and are family friends.

Conklin admitted to knowing the victim was developmentally delayed and said she does not present herself as a 28-year old. Conklin further admitted to engaging in sexual acts starting several years ago with this female and he admitted it was wrong of him to do so.

The Sheriff’s Office investigation is continuing and anyone with information on this investigation are encouraged to contact Detective Beth Miller at 541-967-3820.