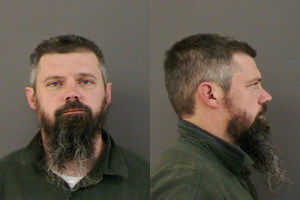 Linn County Sheriff Bruce Riley reports that on February 21, 2016, his deputies arrested 42-year-old Ivan Duane Page of Halsey for several sexual abuse related crimes. Page came to the Linn County Sheriff’s Office on his own, requesting to talk with a deputy about his four biological daughters and the crimes he committed.

Page told detectives he sexually abused his four daughters, ages 14, 16, 18, and 21, over the course of several years. During his interview, Page admitted to engaging in sexual acts with each one of his daughters beginning when they were about 13-14 years of age. The majority of the abuse reportedly occurred within the residence the family shares in Halsey.

Page is lodged in the Linn County Jail on five counts of Sexual Abuse in the First Degree.

The investigation continues and may lead to additional charges in Marion and Lane Counties.

If anyone has information on this investigation, they are encouraged to contact the Linn County Sheriff’s Office, detective division at (541)-967-3850.