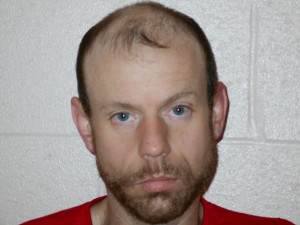 Linn County Sheriff Bruce Riley reports that today at 12:05 p.m. deputies arrested Jason Allen Burkett, 38, of Medford, in connection with a burglary that involved seven victims. The burglary was reported to the Sheriff’s Office on February 17, 2016, at 11:47 a.m. at Orson’s Greenhouse INC on North Lake Creek Drive in Tangent.

During the investigation, deputies obtained video footage of Burkett burglarizing the business. Deputies later made contact with Burkett at the McFarland Mobile Home Park located on McFarland Drive in Tangent. Deputies learned Burkett is a transient and was living in a vacant semi-truck trailer that was parked at Orson’s Greenhouse INC property. When Deputies made contact with Burkett, they were able to make a positive identification from the video footage. Burkett was wearing the same sweatshirt that he was wearing on the video footage.

Anyone who may have additional information or may be a victim is encouraged to contact the Linn County Sheriff’s Office at 541.967.3950.