Linn County Sheriff Bruce Riley reports on March 5, 2016, at 5:17 P.M. deputies responded to a reported burglary in progress at a residence located on Harnisch Drive in Albany. The homeowner reported that while they were home, a male kicked in the back door to their residence. The homeowner confronted the male suspect, who then fled the area on foot.

The suspect was identified as Flavio Renteria Robledo, 20, of Eugene. 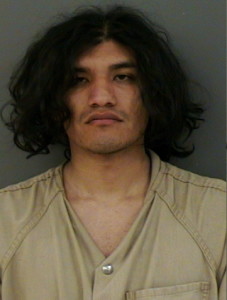 As deputies responded to the area, the male suspect left the residence running across a field. The suspect was reported to only be wearing dark boxer shorts and shoes.

After being confronted by the homeowners, Robledo ran from the residence to a nearby farm where he entered a shop and stole a second vehicle. The suspect drove away at a high rate of speed.

Robledo then drove to Walmart in Lebanon where he attempted to steal clothes. Robledo was detained by Officers from the Lebanon Police Department while they investigated the theft.

Robledo was arrested and lodged at the Linn County Jail for charges of Burglary I, Burglary II, Unauthorized Use of a Vehicle (X2), Criminal Mischief I, and Unauthorized Entry into a Motor Vehicle.

Deputies were assisted by the Lebanon Police Department.