The operator of a black 1998 Honda Civic was identified as 19-year-old Alfredo Garcia-Gomez of Junction City. Garcia-Gomez was transported by EMS to the Good Samaritan Hospital Emergency Room in Corvallis with minor injuries. The operator of a blue 2005 Chevrolet Ventura Van was identified as 65-year-old Rhoda Fern Showalter of Harrisburg. Showalter was pronounced dead at the scene. 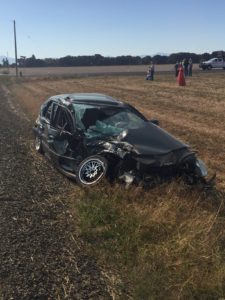 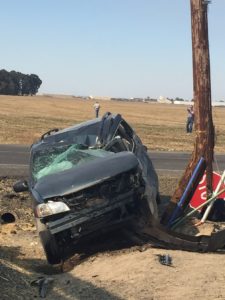 Both drivers were wearing seat belts and airbags deployed in both vehicles. It is not believed that alcohol or other drugs were a factor in the crash. The investigation is continuing.

Linn County Deputies were assisted by members of the Halsey Fire Department and Albany Fire EMT personnel. In addition the Linn County Multi Agency Investigation Team members from the Linn County Sheriff’s Office and the Lebanon Police Department responded to assist with the processing of the crash scene.