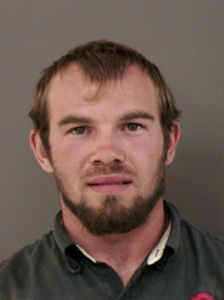 Ebersol was interviewed at his uncle’s residence near the city of Halsey, on sex abuse allegations involving a 15-year-old female. During the interview, Ebersol admitted to sexually abusing the female.

Ebersol is lodged in the Linn County Jail on the following charges; Rape I, Sodomy I, Sex Abuse III, Rape III, and Sexual Misconduct.

The Sheriff’s Office investigation is continuing and may lead to additional charges. If anyone has information on this investigation, they are encouraged to contact Deputy Chris Waggoner at 541-967-3950.