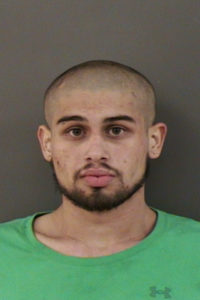 On August 25, 2016, at 7:48 p.m., the Linn County Sheriff’s Office 9-1-1 Center received a call regarding a six-week-old male infant who was having difficulty moving and had suspicious injuries. Medics from the Sweet Home Fire Department responded and transported the infant to Sacred Heart Medical Center RiverBend in Springfield,Oregon.

While on scene, deputies and detectives conducted numerous interviews of family members and friends of the infant; including the father, Joseph James Thompson, 21, of Sweet Home. Thompson confessed that while his infant son was in his care he knowingly caused serious physical injury to him. The injuries included a broken rib and bruising. The infant was treated and released from Sacred Heart Medical Center.

Thompson was arrested and taken to the Linn County Jail on charges of Assault I and Criminal Mistreatment I. The investigation is continuing.