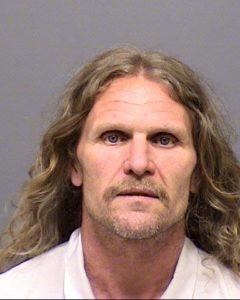 Linn County Sheriff Bruce Riley reports on April 27, 2017, at 9:46 p.m., the Linn County Sheriff’s Office 9-1-1 Center received a call regarding a disturbance in the 36000 block of Mountain Home Drive in Brownsville.

The caller reported there was a male at the location that appeared to be on drugs and was out of control. When Deputies arrived, they found Gregory Scott Sims, 54, a resident of the property, laying on the reported out of control male, later identified as Robert Grant Kline, 63, who also resides on the property.

Deputies discovered Kline was unconscious with no pulse when Sims got off of him. Deputies immediately called for an ambulance and performed CPR on Kline until both the Brownsville Fire Department and Lebanon Fire Department arrived.  At that time it was determined Kline was deceased.