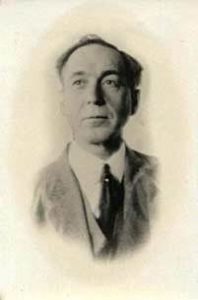 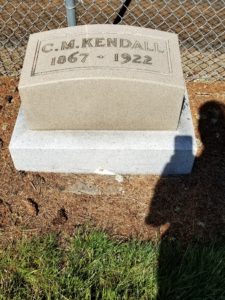 95 years ago today, on Wednesday, June 21, 1922 at approximately 3:00 p.m., Linn County Sheriff Charles Kendall was killed in the line of duty. Sheriff Kendall was shot and killed by Dave West while investigating an illegal moonshine operation on West’s property located in the Plainview area.

As I stood at Kendall’s grave for the first time today, I thought about the interesting conversation we would have. A conversation of all the changes the Office of Linn County Sheriff has seen but also of all the similarities.

Sheriff Kendall was committed and dedicated to enforcing the law and keeping the peace in Linn County; he was known for his respectful and compassionate manner in which he treated people and was considered an honorable man. In his bid for election, he said in part, “my record is clean, my accounts are accurate, I never made a false arrest, never failed to get the man I went after and never lost a prisoner.”

Another interesting quote from Sheriff Kendall is “I stand squarely on the right side of all moral questions and I shall sacrifice neither principle nor patriotism nor the interest of Linn County for politics.”

Thank you Sheriff Charles Kendall for paying the ultimate sacrifice. Your example, service and love for your community has not gone unnoticed and is still a beacon for future generations of Linn County Sheriffs.