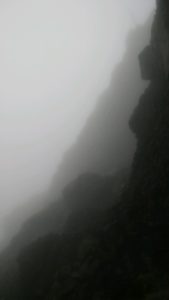 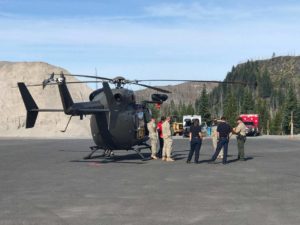 On Sunday August 13, 2017, at 4:57 p.m., Linn County Sheriff’s Office 9-1-1 Center received a call from two climbers saying they lost their way in the fog and were stuck on a rock face, unable to get out on their own. The two climbers were identified as 21- year-old Mikayla Jean Duvenik of Sisters, and her brother, 25- year-old Charles “Justin” Duvenik of Ashland.

Mikayla and Justin, both experienced climbers, were summiting Three Fingered Jack, when conditions became foggy. They got disoriented and became stuck on a rock face, unable to descend on their own any further. Visibility was near zero.

At 11:26 p.m., Search and Rescue teams were able to locate the climbers flashing light. At 1:25 a.m. this morning, Corvallis Mountain Rescue was able to make contact with the hikers and worked on getting blankets, food and water into them.

Linn County Sheriff’s Office Search and Rescue coordinated with the Oregon Army National Guard to air lift Mikayla off the mountain as she may have sustained an injury to her shoulder. She was evaluated by medics and was not transported to the hospital. Search and rescue teams are currently guiding Justin, who is uninjured, out on foot and should be out of the area in a few hours.