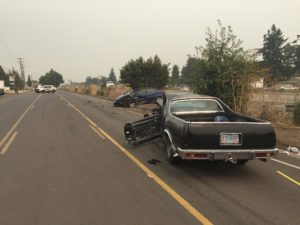 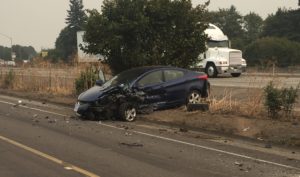 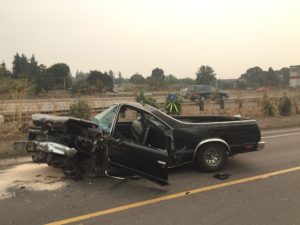 Linn County Undersheriff Jim Yon reports the following update: The crash was caused when a 1978 Chevrolet El Camino, operated by Grant Thomas Hromas, 50-yrs-old of Albany, left the south bound lane of travel and crossed completely over to the north bound lane of travel. This caused a nearly head on crash with a 2013 Hyundia Elantra sedan operated by Gayle Dean Hess, 83-yrs-old of Albany. Hess sustained non-life threatening injuries and was taken to Samaritan Albany General Hospital by the Albany Fire Department.

It is unknown what caused Hromas to leave his lane of travel. There are no indications of drug or alcohol use at this time. Hromas was not wearing his seatbelt. MAITT was called out to assist with the investigation, which is continuing.

This is the second fatal motor vehicle crash in two days where the operator was not wearing their seatbelt. Undersheriff Yon would also like to remind you to wear your seatbelt while operating or riding in a vehicle. Seatbelts save lives.