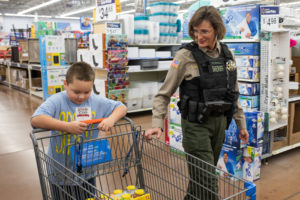 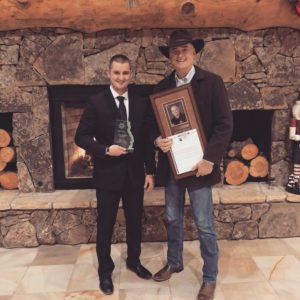 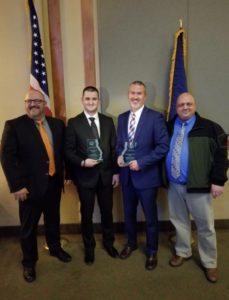 Linn County Sheriff Jim Yon reports on some activities his office has participated in over the last week.

Deputy Craig Lyman was awarded the Meritorious Service Award for his many years of excellence in the field of DUII detection, DUII enforcement and DUII education.  Deputy Lyman has dedicated his career making our roadways safer to travel on.  Deputy Lyman is also a Drug Recognition Expert (DRE) and a DRE instructor.

Deputy Caleb Riley was awarded a Life Saving Award from his time with the Benton County Sheriff’s Office.   In essence, Riley and several other deputies responded to a shooting on the western end of Benton County.  They encountered an injured female with a gunshot wound and they needed to take immediate action to save her life.  They used a patrol vehicle as cover to get to the female and remove her.  They were able to put her inside the vehicle and take to safety.  She was then transported to an area hospital for treatment.

Also at the awards banquet, retired Linn County Sheriff Bruce Riley was awarded his lifetime membership into OSSA.  This is not an automatic award.  The recipient must be voted in by current Sheriff’s from around the state.  Thank you for your service Sheriff Riley!!

December 11 was the last day of Citizens Academy for the Fall 2018 class.  They learned all aspects of what the Sheriff’s Office does during the 12 week course.  The class went to the shooting range and did a session on shoot don’t shoot scenario’s.

The Sheriff’s Office is going to hold the 39th edition of Citizens Academy again next spring, 2019.  If you are interested in attending, please keep your eyes out for an advertisement in February and March.

Finally, the holidays are happy times for many, but there are also those who really struggle during this time of year.  Sheriff Yon would like all of us to keep an eye out on each other.   Do not be afraid to say something if you notice a friend or a loved one is struggling.  It takes just a minute to save a life.