On December 13, 2018, Linn County Sheriff Jim Yon reported his Detectives arrested Eric Wayne Dille, 46 of Mill City, for one count of Unlawful Sexual Penetration in the First Degree and one count of Sexual Abuse in the First Degree. Eric Dille was arrested after video evidence implicated him in these crimes, which occurred several years prior. The victim in this case is an adult female, known by Eric Dille, and was incapacitated at the time the crimes occurred. 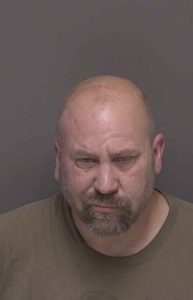 Linn County Undersheriff Paul Timm reports Dille appeared in Linn County Circuit Court for a plea and sentencing hearing. Dille plead no contest to one count of Unlawful Sexual Penetration in the First Degree and was sentenced to 100 months of incarceration at the Oregon Department of Corrections.

Video evidence leads investigators to believe there are other female victims. Anyone with information about this investigation is encouraged to contact Detective Mike Rossiter of the Linn County Sheriff’s Office at 541-967-3950.