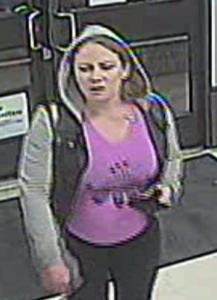 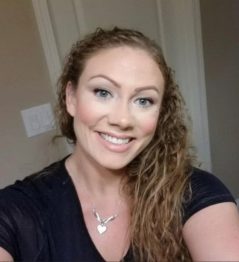 UPDATE: Yesterday, investigators located the van, depicted in the surveillance footage previously released, in Linn County Oregon. Investigators also located the white male seen in surveillance and interviewed him. He is considered a witness to Danielle Bisnell’s disappearance.

Danielle Bisnell is still missing. This investigation is active and ongoing. No further information will be released at this time.

Sheriff Jim Yon reports his detectives are assisting Redding Police Department in the disappearance of a female from California. Danielle Renee Bisnell, (27 years old of Redding) was reported missing by family and friends on December 31st, 2019. She has been known to frequent Northern California, Oregon, and Nevada.

It is believed Danielle was traveling through Linn County on her way back to Redding on December 10th, 2019, when she stopped communicating with her family and friends. Redding Police Department has shared surveillance footage of Danielle travelling with an unknown male in a mini-van. Included is also a recent photo of Danielle.

Anyone with information in this case, including the identity of the male and/or vehicle can contact Sergeant Danny Smetak of Redding Police Department at 530-225-4218. If you have information and would like to remain anonymous you can also contact the Shasta County Secret Witness program at 530-243-2319. There is a $2500 reward offered for any information leading to Danielle’s whereabouts. 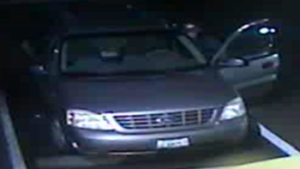