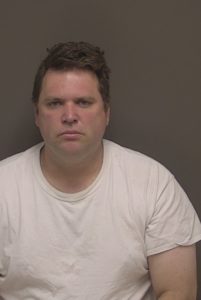 Linn County Sheriff Jim Yon reports yesterday, May 13, his Detectives served a series of search warrants in Linn and Marion Counties related to a cybercrime investigation of online child exploitation offenses.  The investigation began in April when investigators from the Vancouver Police Department, Washington, contacted the Linn County Sheriff’s Office regarding the exploitation of a minor.  Vancouver Police Department investigators turned over information about the suspect living in the Gates area of Linn County.

During the service of the search warrants, Detectives spoke with John Anthony DiMolfetto Jr., 37, who recently moved to the area from California. Detectives gathered evidence showing how DiMolfetto lured female children over the Internet to include the use of social media and text messaging applications to engage in sexually explicit communication to female children and soliciting images.

Two victims have been identified to include an 11-year-old child living in Washington and a 13-year-old child living in California. Detectives have determined DiMolfetto was not aided by any other person in the commission of these crimes.  Detectives have evidence and reason to believe DiMolfetto victimized additional children online over the last several months and are actively pursuing those leads.

DiMolfetto was arrested and transported to the Linn County Jail where he is facing multiple counts of Using a Child in a Display of Sexually Explicit Conduct, Encouraging Child Sexual Abuse in the First Degree, and Luring a Minor.