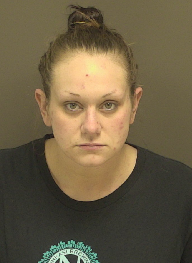 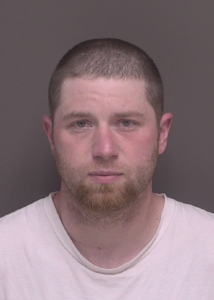 Linn County Sheriff’s Office received several reports beginning in May, of a male using a face covering to steal from remote areas in Linn County. In May, deputies responded to a hydroelectric plant east of Sweet Home where United States Forest Service had multiple items stolen. In June, deputies took a burglary report at the Santiam Ski Lodge near Hoodoo where a male and female broke into the ski lodge. A Nissan Pathfinder was used at both locations. Through the investigation, deputies were able to identify the male associated with the vehicle as Anthony Fennimore, 30, from Stayton.

On June 28, deputies investigated several reports of vehicles that had been broken into in the Marion Lakes area of Linn County. That same day, deputies also investigated a report of a vehicle stolen from the Pacific Crest Trailhead off Hwy 20 near Hoodoo. The investigations revealed thousands of dollars’ worth of items were stolen during these thefts, including a firearm.

On the morning of June 30, deputies located the Nissan Pathfinder and the vehicle stolen from the Pacific Crest Trailhead, parked at a residence located in the 700 block of Virginia Street in Stayton Oregon. Deputies served a search warrant and recovered the stolen vehicle, in addition to nearly 200 items believed to be stolen from both Marion and Linn Counties.

Anthony Fennimore and Brittany Davidson, 32, were contacted at the location, arrested and transported to the Linn County Jail in connection with multiple cases. Anthony Fennimore was charged with Possession of a Stolen Vehicle, Unauthorized Use of a Vehicle, Burglary II, Unlawful Entry into a Motor Vehicle, two counts of Theft I, Theft 1 of a Firearm, and two counts of Criminal Mischief II. Brittany Davidson was charged with Burglary II and Criminal Mischief II. Additional charges are expected as the investigation continues.

Linn County Deputies were assisted by the Stayton Police Department and the Marion County Sheriff’s Office.

Anyone with additional information is encouraged to contact Detective Steve Frambes at 541-967-3950.