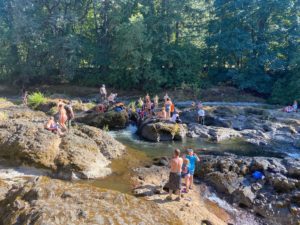 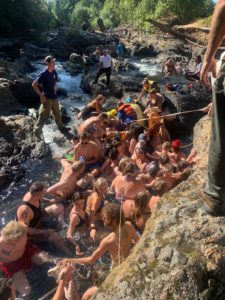 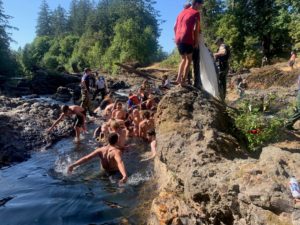 Linn County Undersheriff Paul Timm wants to remind everyone to use caution while swimming at McKercher Park outside of Brownsville. The park is along the Calapooia River and is popular for swimming during the summer. There have been two incidents in the last week at the park where children have got their foot stuck underwater at the same location. In both cases, the children were barely able to keep their heads above water and were at risk of drowning.

On Saturday, August 1, deputies responded to a call for a rescue at the park when a 10-year-old boy had his foot stuck underwater and was barely able to keep his head above the water. When deputies arrived, they helped numerous citizens that were already in the water trying to divert it from the boy.

On Tuesday, August 4, an 8-year-old girl had her foot stuck in the same location but was pulled out by nearby citizens before first responders arrived. Undersheriff Timm would like to thank those citizens who acted quickly to help both children in these incidents.

The Linn County Sheriff’s Office is looking into the hazard at this location to see what can be done.