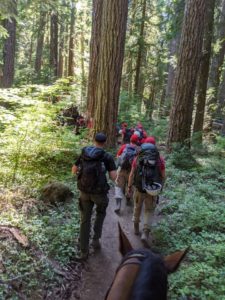 Linn County Sheriff Jim Yon reports members of his Search and Rescue and Posse responded to rescue of a 58-year-old woman, from Washington state, reportedly having medical issues.

On Monday, August 17, at 7:28 p.m., the Linn County Dispatch Center received a call regarding a female in medical distress. The female was camping in the area with friends at Shale Lake when she began having breathing issues.

Shale Lake is located off the Pacific Crest Trail near Pamelia Lake, east of Idanha. Shale Lake can only be accessed by hiking in 7.5 miles from the Pamelia Lake Trailhead.

Linn County Sheriff’s Posse and Search and Rescue responded to the area and made their way to the female just after 4:30 a.m., Tuesday morning. One of the Posse members is a registered nurse and was able to medically assess the female’s condition. The Oregon Army National Guard was contacted, and the female was taken out of the area by helicopter to Salem for medical treatment. She was in stable condition when transported. 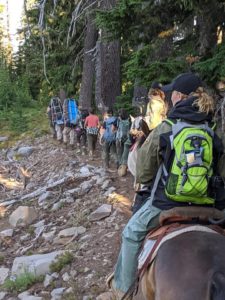 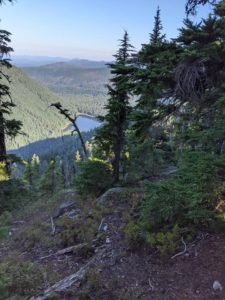 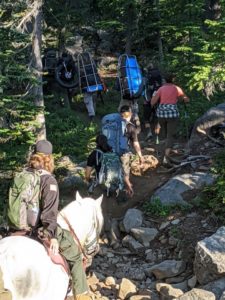