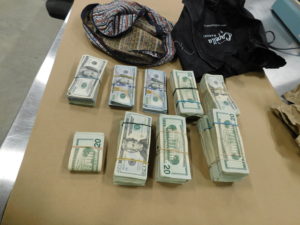 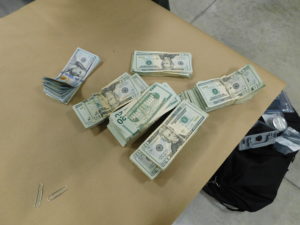 Linn County Sheriff Jim Yon reports on Saturday, September 26, at 11:02 a.m., his deputies responded to the Pioneer Villa Truck Plaza off Highway 228 east of Halsey for a suspicious bag found in a motel room. An employee was cleaning the room after two guests checked out and found a bag full of cash.

Deputies responded to the location and discovered the bag contained a large sum of cash. Deputies contacted Kyle Miller-Masel, 35, from California, who returned after he realized he left the cash. Deputies contacted the second guest, Jason Hartnett, 36, from California, walking away in the parking lot, who had an additional large amount of cash stuffed in his pockets.

During the investigation, deputies searched the vehicle associated with Miller-Masel and Hartnett. Deputies located multiple large duffle bags containing marijuana residue and evidence of marijuana distribution. Multiple items were seized to include the cash.

Miller-Masel and Hartnett were charged with Illegal Import/Export of Marijuana Item, Deliver of Marijuana and Criminal Conspiracy. The investigation is ongoing.