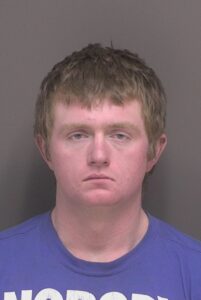 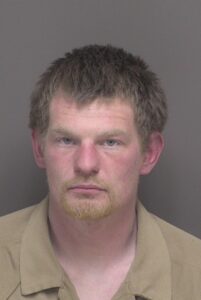 Linn County Undersheriff Paul Timm reports early this morning at 12:18 a.m., dispatch received the report from a concerned citizen regarding an open cargo trailer in the 6700 block of NE Noel Lane in Millersburg. Deputies arrested David Surratt Jr., 21, and Timothy Hood, 28, after they returned to the trailer to steal for a second time.

Deputies responded to the location and found an open cargo trailer with numerous valuables unsecured. Deputies believed the suspects left the location after being interrupted and thought they would return to the location to steal unsecured tools. After a couple hours waiting in the area, Deputies saw a vehicle matching the description previously reported by neighbors. The vehicle fled the area and Deputies located the vehicle unoccupied in the 6600 block of Parker Lane not far from the theft location. Deputies noticed suspected stolen property in the vehicle and requested assistance from an Albany Police K9 to assist with tracking the occupants. During the search, Surratt Jr. and Hood were located and taken into custody without incident.

During the investigation, Deputies found multiple stolen items in the vehicle including chainsaws and multiple construction tools valued over $4,000. Stolen items included property from the open trailer and stolen property related to an Albany Police Department case. Surratt Jr. and Hood were lodged at the Linn County Jail for Theft I and Unlawful Entry to Motor Vehicle. Additional charges are expected.