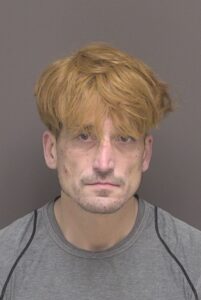 Linn County Undersheriff Paul Timm reports deputies responded to a residence in Lebanon early yesterday morning at 1:35 a.m., after receiving information that Klint Wise was at the location. Wise is from Mill City and was suspected of assaulting another male with a machete-type weapon in February. Deputies had been looking for Wise since the assault. Wise was found hiding in the bathroom of the residence and was taken into custody without incident. Wise was transported to the Linn County Jail and lodged on charges of Assault II, Unlawful Use of a Weapon and an outstanding warrant for a Parole Violation. Linn County deputies were assisted by Albany Police Department.

Linn County Sheriff Jim Yon reports yesterday afternoon at 1:29 p.m., dispatch received a report from an employee of the Seven Eleven convenience store in Mill City about an assault in the parking lot. A male was seen striking another male with a large cutting instrument similar to a machete. The suspect fled the location leaving the victim injured.

Deputies responded to the location and found the male victim being treated by medics. The victim was alert and was transported to Salem Hospital for treatment. His injuries were not life-threatening. During the investigation, deputies identified the suspect as Klint Wise, 37, of Mill City. Linn County Sheriff’s Office was assisted by Marion County Sheriff’s Office and Oregon State Police in the search for Wise, but were not able to locate him. There are pending charges for Wise related to the assault. Anyone with information about the attack or Wise’s location is encouraged to contact the Linn County Sheriff’s Office at 541-967-3911. Wise should be considered armed and dangerous and should not be approached. Reports on his whereabouts can be made anonymously.