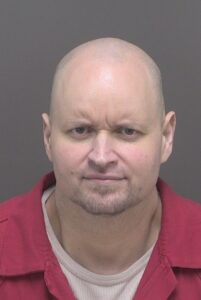 Linn County Undersheriff Paul Timm reports Chad Adam Cheever, 47, was sentenced to life, with eligibility of parole after 25 years, today after a jury found him guilty this week of Murder in the Second Degree by Abuse and Assault in the Second Degree following his arrest in September 2018.  Additionally, Cheever was sentenced for three separate assaults where he attacked other adults in custody while awaiting trial.  Detectives and the Linn County District Attorney’s Office put an extensive amount of work into these cases.

Linn County Detectives and their diligent investigative efforts have resulted in successful convictions in the last six months in several criminal homicides.  Brian McIntire was sentenced to 20 years for two counts of Manslaughter in the First Degree, DUII and Assault in the Fourth degree, after killing Stormy Barge and her 5-year-old daughter, Emma Pulido in a crash.  Brent Richmond was sentenced to two consecutive life sentences, with eligibility of parole after 50 years, for two counts of Murder in the Second Degree, after killing his ex-girlfriend, Tammy Hopper and Erik Jacobs. Linn County Sheriff’s Office Detectives also assisted Sweet Home Police Department in the investigation where Page Butterfield was convicted of Murder in the Second Degree for killing Corey Burdick.

Having justice and closure is an important part of healing for the family and friends of these victims who lost their lives to these tragic acts of violence.