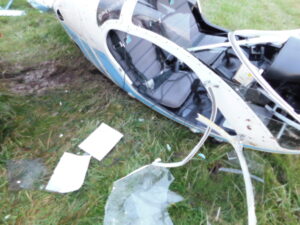 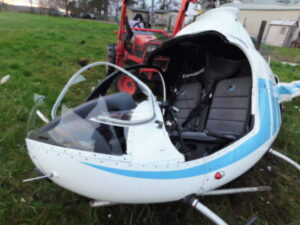 Linn County Undersheriff Michelle Duncan reports on November 22, at 3:11 p.m., deputies responded to a helicopter crash in the 39000 block of Fish Hatchery Drive, near Scio.   The caller reported a two-person helicopter had crashed and the injuries were unknown.

Multiple fire department personnel and deputies responded to the location and found the operator, Jack Elvin, 74, walking around near the crash site. Elvin was the only occupant and described having a mechanical failure when attempting to land his experimental helicopter. The helicopter sustained major damage to several components.  Elvin stated he was not injured.