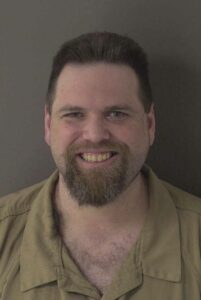 Linn County Sheriff Michelle Duncan reports that on August 8, 2022, John Anthony DiMolfetto, 39, of Gates, was sentenced to 1,027 months in prison related to an online child exploitation investigation which was reported to the Linn County Sheriff’s Office in April of 2020.  The investigation revealed John DiMolfetto created dozens of personas and used numerous social media and texting accounts to manipulate, deceive, and exploit children as young as 7-years-old over a span of nearly a decade.

Investigators believe John DiMolfetto either exploited or attempted to exploit over 300 children across the United States in the six months prior to his arrest.  Some of the child victims were known by John DiMolfetto and others were children he met on the internet.  John DiMolfetto was arrested on May 13, 2020, after detectives of the Linn County Sheriff’s Office served a search warrant at his residence in Gates, Linn County, Oregon.

John DiMolfetto was found guilty of 23 counts involving the online sexual exploitation of children on August 3, 2022, following a bench trial.  Some of the charges incurred sentences that will be served concurrently (at the same time).  However, ultimately John DiMolfetto will spend 35 years and 10 months in prison with no time reduction.

John DiMolfetto has been lodged at the Linn County Jail since the date of his arrest.