Linn County Sheriff Michelle Duncan reports yesterday at 6:11 p.m., deputies responded to the 500 block of Hausman Avenue in Brownsville for a report of a male with a gun. The caller reported the male, later identified as Tommie Lee Scott, 47, of Washington, had made numerous threatening statements and arrived at her house.

The deputies responded to the location to speak with Scott and encountered Scott in the driveway. Scott ignored commands and retreated to the caller’s residence, grabbing a pistol, and exiting with the gun pointed at his head. During the encounter, deputies developed probable cause to arrest Scott for Domestic – Menacing, Felon in Possession of a Firearm and Theft I.

Linn County Regional SWAT responded and continued communications with Scott, who refused to cooperate or reason with negotiators. Deputies and negotiators talked with Scott for over seven hours as he held a gun to his head. During negotiations, Scott fired one round, causing a life-threatening injury to his head. Scott was transported to the Lebanon Community Hospital where he later succumbed to his injury. 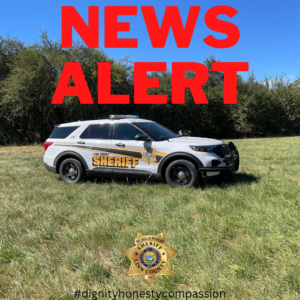